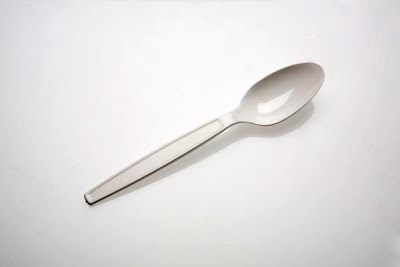 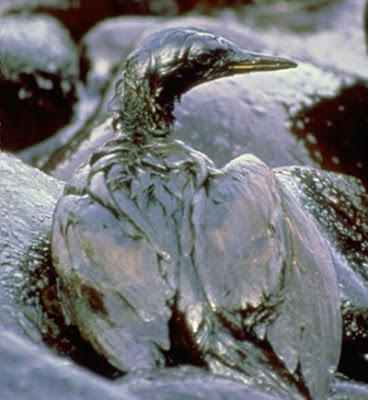 Let's face it. There are things in life you have to do that are not convenient. Going to the DMV, cleaning gum off your shoe and taking a reusable spoon with you as you head out to lunch.

The other day, a co-worker came up to me and asked me if I had a plastic spoon. Isn't that like asking the seagulls if they like oil?

Once I had picked up my jaw from the floor, I said, "Are you seriously asking me this?"

She stared at me with a half smile, gave a nervous chuckle and said, "Yeah."

I counted to ten. I replied, "I have a metal spoon you can use."

Another blank stare, another crooked smile. "No."

"Why not?" I asked, trying not to run screaming down the hall.

Flashback to a previous blog about a woman who announced that she could only eat ice cream with a plastic spoon, because a metal one got too cold, so she couldn't taste the flavor.

"Are you telling me that yogurt only tastes good with a plastic spoon? Is that what you're telling me?"

She laughed and slapped her knee.

"No, no. I'm taking my yogurt outside and I don't want to carry a metal spoon around."

I wanted to slap her knee for her.

How big did she think the spoon was? Her cell phone was bigger than the spoon.
"Don't ask me to find a place to put it," she said.
I was about to give her a not-so-nice suggestion where she could put it. Instead, in my usual cheerful-but-trying-to-make-her-feel-bad way, I told her that I was unable to help her.
She went off and no doubt found a more willing petroleum-based utensil supplier. Ever since the BP disaster, it's been hard to even look at a plastic spoon without seeing the oil that was used to make it. Not to mention that plastic forks, spoons and knives are not recyclable, so they end up in our landfills, beaches, and oceans. Americans toss out enough plastic utensils each year to circle the equator 300 times.
If my co-worker fully understood hat her choices were between supporting the industry that's hurting the seagulls or carrying the metal spoon, I wonder which one she'd pick?
Or anyone, for that matter.